PSP does business at Seawork

PSP: Worldwide logistics company PSP has secured a contract to transport windfarm boats across the globe as a direct result of its appearance at Seawork. 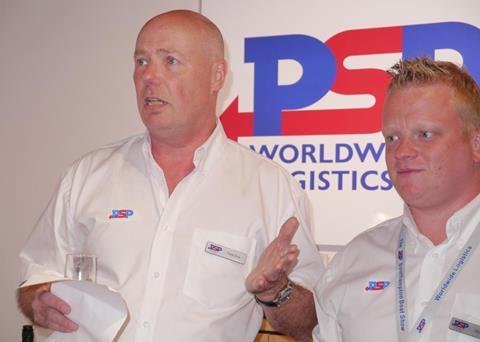 The details of the project were revealed on June 25 as Seawork International 2013 opened its doors to the public.

During last year’s event PSP met with Njord Offshore, which manages crew transfer vessels for the offshore windfarm sector, to discuss the company’s logistics needs. Conversations continued long after the exhibition and, as a result, PSP was awarded the contract to move two windfarm boats from Singapore, where they had been manufactured, to Rotterdam.

The workboats, Njord Puffin and Njord Petrel, were loaded in Singapore on Sunday (June 23). Weighing in at 45 tonnes each and standing 12.7 metres high, they were lifted onto transportation vessel MV Thorco Serenity.

PSP’s managing director, Frank Dixie, said: “Renewable energy is a huge and continually growing market that we are keen to establish ourselves within.”

Andrew Webster, managing director, Mercator Media, which organises Seawork international, said: “Stories like this are exactly what Seawork International is about - bringing together complementary companies from the commercial marine industry to do real business. Many congratulations to PSP and I hope to hear more tales like this coming from this year’s event.”

Meanwhile, in a move that marks marks the latest stage in the company’s five-year expansion plan. three new appointments have been made to the board at PSP. Longstanding employees Mike Austin, Alex Dixie and Jo Dixie have been made directors.